From bionic arms to mobile cargo-sized shrimp farms, TechCrunch’s Disrupt conference came back strong with a lineup of innovative startups ready for the spotlight. The highly anticipated conference finally returned to San Francisco for an in-person event (plus some online sessions) after three years of pandemic adjustments, bringing with it a diverse range of startups and industry leaders in tech and beyond.

TechCrunch Disrupt brings together top innovators and industry leaders in the tech space to showcase groundbreaking technology and discuss the latest developments in the industry. Described as a “tech bonanza,” rather than a traditional conference by bloggers from TechCrunch, the event was a great opportunity for attendees to network with industry leaders, investors, and startups.

There were plenty of interesting topics discussed during panel sessions, but as far as broad categories go, among the most heavily discussed were:

One of the highlights of every Disrupt conference is the Startup Battle, a  pitch competition where startups pitch their products to a panel of expert judges in the hopes of being named top startup and taking home the coveted Disrupt Cup– and a $100,000 equity-free grand prize.

Out of a pool of thousands of applicants, 200 participants were initially handpicked by the TechCrunch editorial team to make up the Startup Battlefield 200. Qualifiers received a free VIP experience for their teams, including master classes, curated receptions, pitch deck teardowns, access to investors, and more. They were also allowed to exhibit on the expo floor for the duration of the event, opening up opportunities for investors and press coverage.

This year’s Battlefield winner, Minerva Lithium, is a Newchip company that has produced breakthrough technology to extract lithium from unconventional sources, such as geothermal fluids and oilfield brines. The product is called “Nano Mosaic,” a material resembling black gravel. Technically, it’s a coordinated polymer framework with the ability to extract high-grade lithium from brine in three days. By using this new method of extraction, Minerva Lithium hopes to address both the growing demand for lithium in industries such as electric vehicles and renewable energy storage, as well as provide a sustainable solution for obtaining the element.

The Nano Mosaic technology can extract lithium from brine at a rate of one metric ton every three days, using only 30,000 gallons of water. In comparison, evaporative brine processing needs to evaporate 500,000 gallons of water to obtain the same amount of lithium. The extraction process also produces potable water as a by-product, reducing the environmental impact and water waste often associated with lithium extraction.

Truly an innovative technology, just a gram of Nano Mosaic has a surface area equivalent to a soccer field, making it far more efficient than traditional extraction methods. In addition, the process produces zero waste and can be used in remote locations without any infrastructure needed.

This technology is a game-changer for the lithium industry, and the judges were quick to point this out. TechCrunch Editor-in-Chief Matthew Panzarino asked the co-founders during the panel: “Just to clarify, you extract lithium from brine and produce battery-grade lithium and drinkable water?” To which they responded with a resounding “Yes.”

Newchip has been on a mission to create a more diverse entrepreneurial ecosystem since its inception and companies like Minerva Lithium are prime examples of that initiative in play. 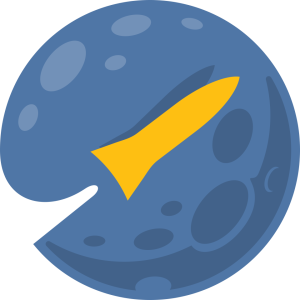