Joe Lonsdale, Co-Founder of Palantir & Founder of 8VC, kicked off the first day of Q4 Demo Day 2020 talking about his past experiences at Palantir, his work with public policy and the intersection with entrepreneurship, and what industries he’s most excited about this year.

If you missed it, here are five key takeaways from his keynote talk:

Takeaway #1: Three Main Factors He Looks for in Choosing to Invest in an Entrepreneur

Joe said he wants to see a persistent founder who is obsessed with the product + the problem they are solving, a strong tech culture at their company, and a great answer to the question “Why is this possible now that it wasn’t possible 3 to 5 years ago?”.

Takeaway #2: Advantages/Disadvantages of Thinking About the Exit Strategy Early in the Growth Process vs. Later

He says there are two ways of thinking about building a company for an exit strategy: a short-term way and a long-term way.

The first way is targeting an early exit, so he sees that mentality working if you are planning to build something right that somebody’s going to want or need at another company. These kinds of companies tend to lead towards an acquisition vs. an IPO because the strategics at larger companies will be looking for these kinds of companies.

If you aren’t planning on building for an early exit, he suggests not focusing at all on an IPO or acquisition. If you focus instead on building a great business and company, then there will be strategics who want to buy you. He says he spends a lot of his time trying to convince his founders not to sell now, who are doing well.

Takeaway #3: The Importance of Ideas

It’s important for ideas to constantly compete universally, whether that be in public policy or the startup space. Keeping your idea secret is a huge disadvantage – instead, he suggests talking to people in the industry, getting feedback, and learning how to make it better will make you successful.

Takeaway #4: Industries & Ideas He’s Most & Least Excited About in the Future

Joe brings up his excitement surrounding the current renaissance in biology and his interest in logistics, with his VC firm 8VC being the most prolific investor in the US in the freight space. Other areas he’s excited about include healthcare, the potential of studying the human brain, and productivity increase in the future, especially with AI innovation. He also talks about how the cryptocurrency and blockchain space seems very overhyped.

Takeaway #5: The Role of Government in Innovation, R&D, and Tech Investment Today vs. The Past

When asking about government spending on innovation, Joe focuses on the shift in government over the past 70 years from the mid 20th century to today. Then, there were two ‘total wars’ back-to-back, with all the best people going into government to work, innovation being expensive, and centralized. Today, he sees innovation as decentralized and believes that the smartest people haven’t been going into the government in the last few decades. When you have a broken culture, it’s difficult to turn it into a competent one and he cautions people from trying to revive the US government as the chief driver of innovation today like it was in the 1950s and 1960s.

When asked about suggestions he has for the US government in the innovation space, he spoke highly of focusing on recruiting and making it easy to keep top talent, criticizing the populist movement that has gained traction in US politics recently. He also brings up making it easier to build things here, with the idea of building free-economic zones and regulation causing barriers. He also floats the idea of investing in supercomputers and hosting competitions on quantum computing to keep the best AI here. One area Joe fears is the government trying to pick winners and losers by industry, saying that the possibility of cronyism is real and will not help our country as a whole.

When asked about advice he’d give to all entrepreneurs out there, he focused primarily on talent acquisition and team building. Treat everything as as a team sport and focus on the culture of your company. He thinks the way to inspire top talent is to be solving important problems and to be solving problems you, as a founder, really care about. That passion will be shine through but you can’t really fake it for that long – it has to be real.

Joe Lonsdale is a partner at 8VC, a San Francisco-based venture capital firm that manages ~$3.5 billion.  He was an early institutional investor in many notable companies including Wish, Oculus, Oscar, Illumio, Blend, RelateIQ, Joby Aviation, Guardant Health, and Synthego, and in 2016 and 2017 was the youngest member of the Forbes 100 Midas List, which uses LP data to rank venture capital investors globally.

Before starting his investment firm, Joe co-founded Palantir with Peter Thiel, a multi-billion dollar global software company known for its work in defense and other industries, as well as for providing the platform to run the COVID-19 common operating picture for key decision-makers in over 130 major government organizations in 35 countries. After Palantir, he founded and remains as Chairman of both Addepar, which has ~$2 trillion managed on its wealth management technology platform, and OpenGov, which modernizes various processes for over 2,000 municipalities and state agencies. More recently, he is also a founder of Affinity, Anduin, Epirus, Esper, and other mission-driven technology companies, which he continues to create out of 8VC Build with his team and network.

Previously, Joe was an early executive at Clarium Capital, which he helped grow into a large global macro hedge fund. He also worked with PayPal while he attended Stanford. Joe received a BS in Computer Science from Stanford in 2003. He often lectures and writes on entrepreneurship, technology, and public policy through the Cicero Institute, a non-partisan public policy research think-tank. 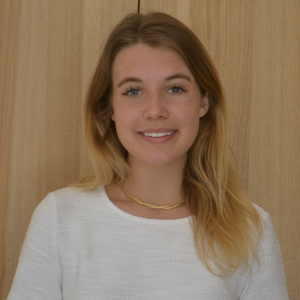