CleverMoe found that traditional digital advertising is broken. The technology that used to drive digital ad networks (3rd party cookies) are no longer supported by many browsers. Cohen adds, “The typical merchant is in a world of pain trying to figure out how to deal with paid advertising.

What we do at CleverMoe is observe the topics of discussion happening across six digital ad networks and then match those discussions up to what the merchant is trying to sell. For the merchant, all they do is point us to their store and click the launch button. They set the budget.”

The pandemic put many constraints on businesses, including CleverMoe.

Newchip makes accessibility and streamlined practices a reality through self-paced programs, which are followed by preparations for demo week. During demo week, investors are introduced to the investor relations team to find companies that would be interested in investor aid.

In the last year, CleverMoe has raised over $300,000 in a $1.9 billion serviceable marketplace that is growing tremendously.

“It’s a great investment for anyone interested in new ad technology in the eCommerce space,” says Cohen.

“In the larger scheme of things it is a wise investment because it will save you time that you’d otherwise be using to hunt down investors. Instead, you’ll be able to spend that time building your utmost great product and showing the world what it’s all about.” There are many innovations accessible through Newchip that a company can use at their own speed. More so, eCommerce businesses can meet investors across the nation, rather than in a select area.

Cohen found that the Mastermind sessions, which take place once a month, “turned out to be the best part of NewChip.

It was great to see in the mastermind sessions our mastermind, who is an investor himself, knows the difference between pitching angel investors to moving on to pitch professional investors like venture capitalists.

The most valuable thing that I found was the preparation done by the masterminds.” CleverMoe was able to close a seed round led by a new group of investors through the utilization of Newchip and, according to Cohen, “we’re now in a position where early next year we can go out and raise our series A.” We can’t wait to see what’s next for Frank and his amazing team at CleverMoe!

CleverMoe is an easy-to-use web service for Shopify merchants to get the best prospective customers into their online eCommerce stores. This California-based company offers a single web platform that launches ads on six social ad networks. CleverMoe takes care of the target market segmentation for merchants automatically and picks out the target audiences that their ads appear on.

As a result of this, CleverMoe lowers ad costs and gets ads faster to market. “It’s an interesting year because we are dealing with tremendous economic growth, inflation, and a pandemic. So, seeing other pre-seed startups trying to get off of the ground has opened my eyes to the latest techniques to getting investors on board.”  – Frank Cohen, CEO/Founder – CleverMoe.

As of late, CleverMoe has been working with Newchip to better reach potential investors. Cohen goes on to say, “I’m a 40-year veteran of Silicon Valley, and CleverMoe is my 5th startup. I’ve raised about $13 million overall across all of those companies.

The thing I’ve found from the previous raises I’ve done outside of Newchip is that you typically don’t know what the investors will be demanding of you until after that first meeting.

Newchip has its checklist of things you have to be prepared for to get that appointment with investor relations and appointments during demo week, but you have to do all of your homework first. If you [approach] it in the way Newchip has defined, instead of visiting 10 red venture capitalists [who will] demand a separate list of deliverables after those meetings, you will find success.

Over the past few years, we have helped our cohort companies raise over $450,000,000.  Don’t wait until next year if you’re thinking about taking your company to the next level. Raising money takes more than a few days. It’s a  journey, let us help you! Start Your Journey Today! 💰🚀 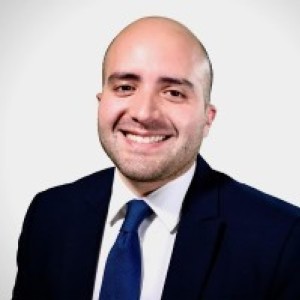 Armando Vera Carvajal is the Vice President of Product for Newchip, the largest global online accelerator focused on helping startups raise capital from professional investors. As one of the original product founders and pioneers, Armando is passionate about building new products with high potential for global reach and impact. Prior to Newchip, he was as a Research Manager at the Gerson Lehrman Group where he covered hedge fund clients in New York City involved in long/short, distressed credit, special situations, activist, and global macro investment strategies. Armando studied international relations and corporate communications at the University of Texas at Austin, along with global exchanges at the Nanyang Technological University in Singapore and at l’Institut d'études politiques de Paris (Sciences Po). Born in Mexico City, Armando immigrated to the United States of America when he was four years old and grew up in McAllen, Texas. His interests include painting, mountaineering, writing, film, world travel, kayaking, photography, reading, black coffee, running, and inspiring people to become agents of positive global change.

Newchip is the #1 online accelerator with Pre-Seed, Seed and Series A programs in over 250+ cities globally with over $450M+ raised by alumni, and a 3,000+ investor network. Learn about our programs and requirements below. What’s The Difference Between Angel Investors and Venture Capitalists? What is a Venture Capitalist?